Ford, along with cars, is also famous for creating engines. They released the infamous 4.9 engine in 1965. The engine had a production of 31 years and ended in 1996 with numerous satisfied users.

So, is the Ford 4.9 a good engine? Yes, the Ford 4.9L is a very powerful engine; according to some experts, it is arguably one of the best engines Ford has ever created. This engine is known for lasting around a whopping 300,000 miles with no issues at all.

However, that obviously isn’t the only quality the engine boasts about. In this article, we’ll talk about everything you need to know about this engine. Stick around if you don’t want to miss all that information.

Ford 4.9 engine is considered to be the best truck gasoline engine ever made. That might make you curious about its specifications. The detailed specs of this engine are in the following table.

As mentioned before, the Ford 4.9 is an outstanding engine found in a variety of vehicles. The reasons for this engine being a great one are discussed below.

One of the main reasons this engine was so popular back in the day is its low-end torque. It is thought to be the best gas engine for a work truck or towing. Very suitable for tough usage.

A chart of the torque ratings on this engine by models throughout the years is shown below to understand better.

This engine has proved itself to be very reliable throughout the years. Even though it is not the fastest, it surely will get you to your destination without failure.

Because of its extreme durability, the cars with this engine were used as work trucks. From delivery vehicles to towing trucks, this engine was a great choice for its dependability.

Being one of the best engines created by Ford, the performance is very praiseworthy. Some say it can run around 500,000km and have no issues, provided it is well maintained. 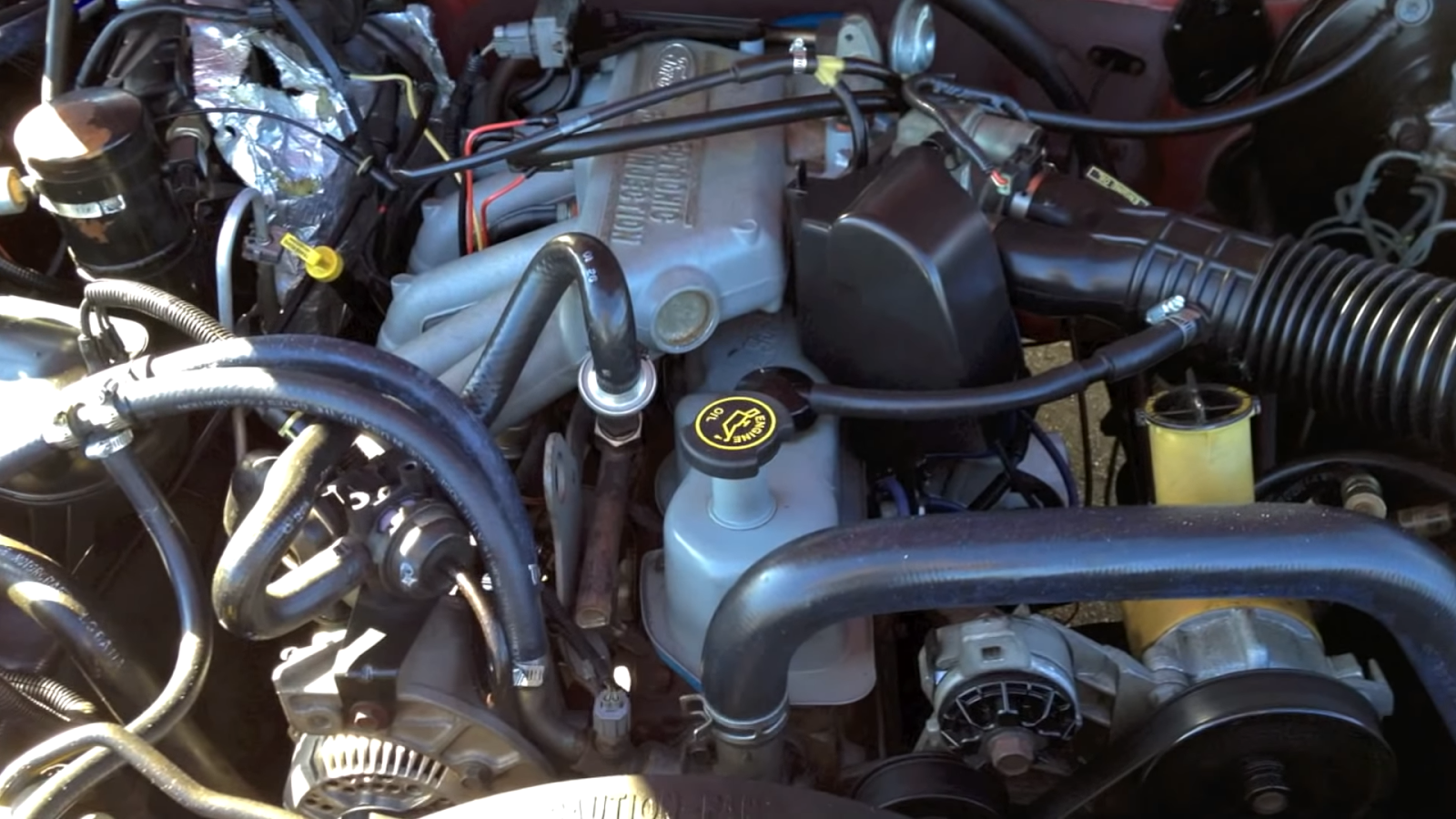 The Ford 4.9 engine is claimed to last extremely long. With just proper maintenance, such as putting oil in it when it’s needed, it will last an eternity.

Ford 4.9 engine comes with a fair amount of power in it. It can go through any situation when necessary. A table of its horsepower throughout the release years of models is shown below.

The durability of the Ford 4.9 engine, otherwise known as the Ford 300 inline 6, is exceptional. The company also offers a good room for upgrading with replacement parts and performance-enhancing.

Some of the most popular modifications for this engine are

By now, you should have a clear idea about the specs and performance of the Ford 4.9 engine. We also got some common questions covered below.

How much horsepower does a 4.9 have?

Even though this isn’t an engine known for its horsepower, it has some acceptable power in it. The Ford 4.9 engine can go up to 150 hp @3400rpm.

Is the Ford 4.9 an interference engine?

Inference engines are more common in the modern lineup of automobiles that allow maximizing the engine’s compression ratio. However, the Ford 4.9 is a non-interference engine.

How many cylinders is a 4.9 Ford Motor?

What size engine is a ford 4.9 liter?

The Ford 4.9 engine, also called, Ford 300 cubic inch six-cylinder engine is hands down one of the toughest, long-lasting, and most reliable engine ever built.

It might not have fast speeds and that is not even an issue since these were built for towing and hauling with good fuel economy. The low-end torque on this machine is exceptional.

But with some modification to this engine, it can “fly” as some users say. However, if you want an engine that is faster, the Ford V8 is a good option. Otherwise, the price-to-performance ratio of the 4.9 is good.

The Ford 4.2 V6, also known as the Essex V6, is a 90-degree V6 engine manufactured by the Ford Motor Company,…

Ford has one of the largest market shares in the entire North America. With many different models in existence, the Ford…

The technology of sustainable engines is an uprising, and the Ford Ecoboost engine launch seems like an incredible addition. This type…

Have you come across the p0451 code on your ford f150? You might also be getting an unpleasant smell of fuel,…