Ford 2.7 Ecoboost is a reliable and powerful engine that has been used in many vehicles, from the Ford F-150 to the Lincoln Nautilus. However, there have been some reports of problems with the engine.

And the most common issues include carbon buildup problems, defective valve guides, oil pan leakage, complex ignition coil, and ECT sensor malfunctions. Though these problems are common, they can be expensive to fix and create serious damage to the engine.

Well, in this post, we’ll take a brief look at these typical issues that have been reported with this engine, as well as some possible fixes. So, is the Ford 2.7 Ecoboost engine junk or not? Keep reading to find out!

Have you ever wondered what causes Ford 2.7 EcoBoost engines to junk? Here are the three main culprits:

A common question Ford enthusiasts ask nowadays is: “What problems does the 2.7 EcoBoost have?” Well, that’s a tough question because there are so many potential issues that can arise with any car.

However, we’ll do our best to give you an overview of the five most common problems that have been reported with the 2.7 EcoBoost.

1. Carbon expansion in the input valves

Sometimes the engine fails to use all of the fuel in the combustion chamber, which causes this problem. As a result, some of the fuel is deposited on the intake valves, which ultimately sets into a carbon deposit.

Carbon expansion can restrict airflow through the valve, causing a decrease in engine power and efficiency. At some points, it can also lead to engine misfires.

How to fix ford 2.7 ecoboost Carbon expansion in the input valves?

To prevent carbon buildup, always use high-quality fuel and regularly clean the intake valves. However, if the problem has already occurred, it can be remedied by special cleaning agents designed to remove carbon deposits. 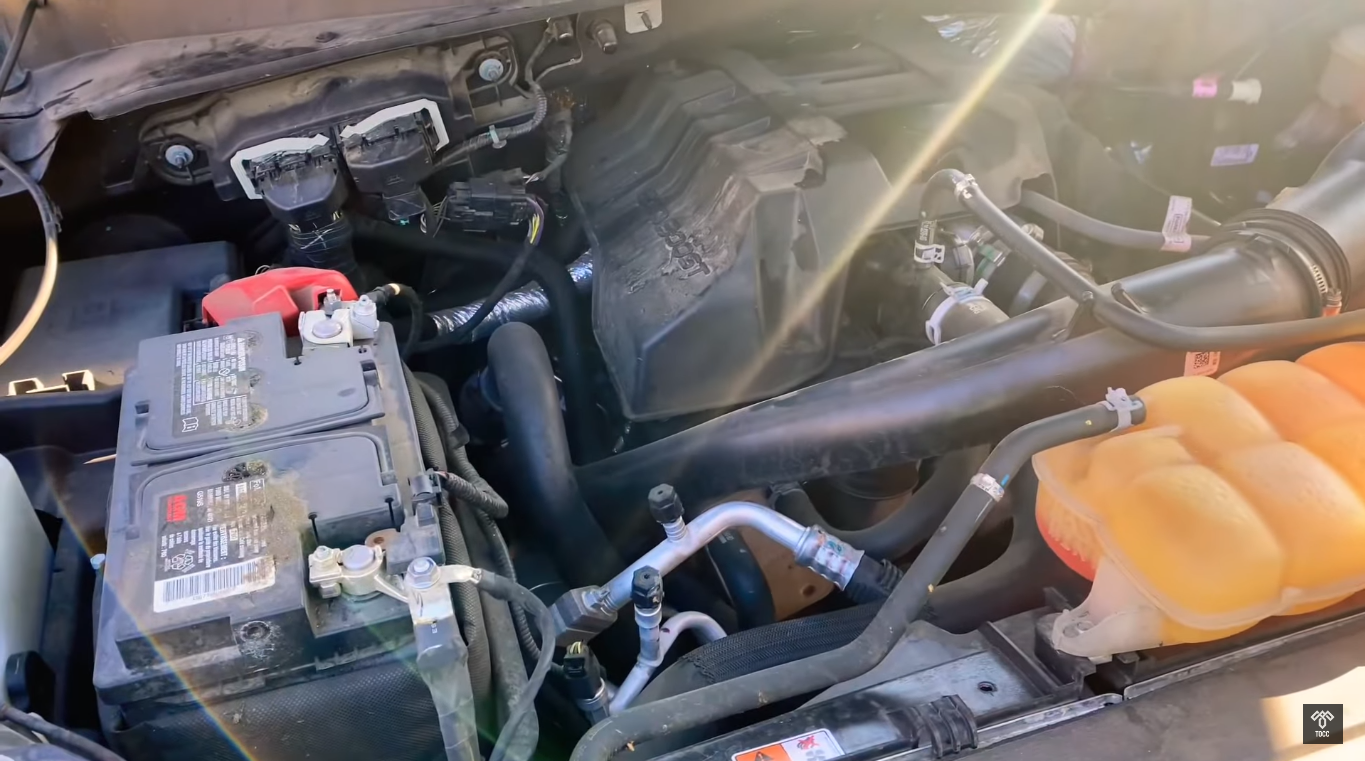 One of the most typical issues is known as a defective valve guide. Basically, the guides that help direct the valves start to wear down, causing the valves to become misaligned.

It can lead to several problems, including loss of power, decreased fuel economy, and engine knocking. In some cases, it can even cause the engine to seize up.

Fortunately, the problem can be fixed relatively easily. The first step is to remove the engine’s cylinder head and inspect the valve guides. If they are damaged, you will need to replace them with new ones.

Another common problem with the Ford 2.7 Ecoboost engine is a leaking oil pan. The oil pan is responsible for holding the motor oil and keeping it from leaking. Over time, the gasket that seals the oil pan can degrade and break down, allowing oil to seep out.

When an oil pan starts to leak, it will cause your engine to run low on oil, which can lead to serious damage. It can also force your engine to overheat, as the oil helps cool the engine as it runs.

In addition, a leaking oil pan can also lead to an oil slick on the ground, which can be dangerous for other drivers.

How to fix the Ford 2.7 Ecoboost Dripping oil pan issue?

The good news is that this is an easy fix and does not require a mechanic. You can purchase a new oil pan and gasket at your local auto parts store and then follow your owner’s manual instructions to replace it yourself.

If you own a Ford with a 2.7 EcoBoost engine, there’s a good chance you’ve experienced ignition coil and spark plug issues. It can be caused by various factors, including poor maintenance, engine misfires, and excessive heat.

This issue conducts misfires, decreased fuel economy, and rough idle. In some cases, It can even make the engine stop working.

There are simple ways to prevent and fix this problem. First, check the spark plugs and Ignition coils for any wear or damage. If they’re damaged, replace them with new ones.

Next, ensure the gap between the spark plug and the ignition coil is correct. At last, check the electrical connections to make sure they’re tight and free of corrosion.

One more familiar problem is that the ECT sensor, which helps regulate engine temperature, can malfunction, leading to further overheating issues.

ECT sensor malfunction can compel the engine to run a rough, stall, or even fail to start. Sometimes, it can also induce the engine to overheat.

How to fix the Ford 2.7 ecoboost Failed ECT sensor?

In most cases, the problem can be resolved by replacing the ECT sensor. However, if the issue persists, it may be necessary to replace the entire engine.

Is the Ford 2.7 L EcoBoost reliable?

Ford 2.7 L EcoBoost offers many benefits, including improved fuel economy and increased power. However, it has also been plagued by issues like oil leaks and carbon buildup.

Despite these issues, the engine is undoubtedly a very reliable option. Furthermore, ford has already addressed most of the problems, and the engine still offers excellent performance. Hence, it is worth considering. 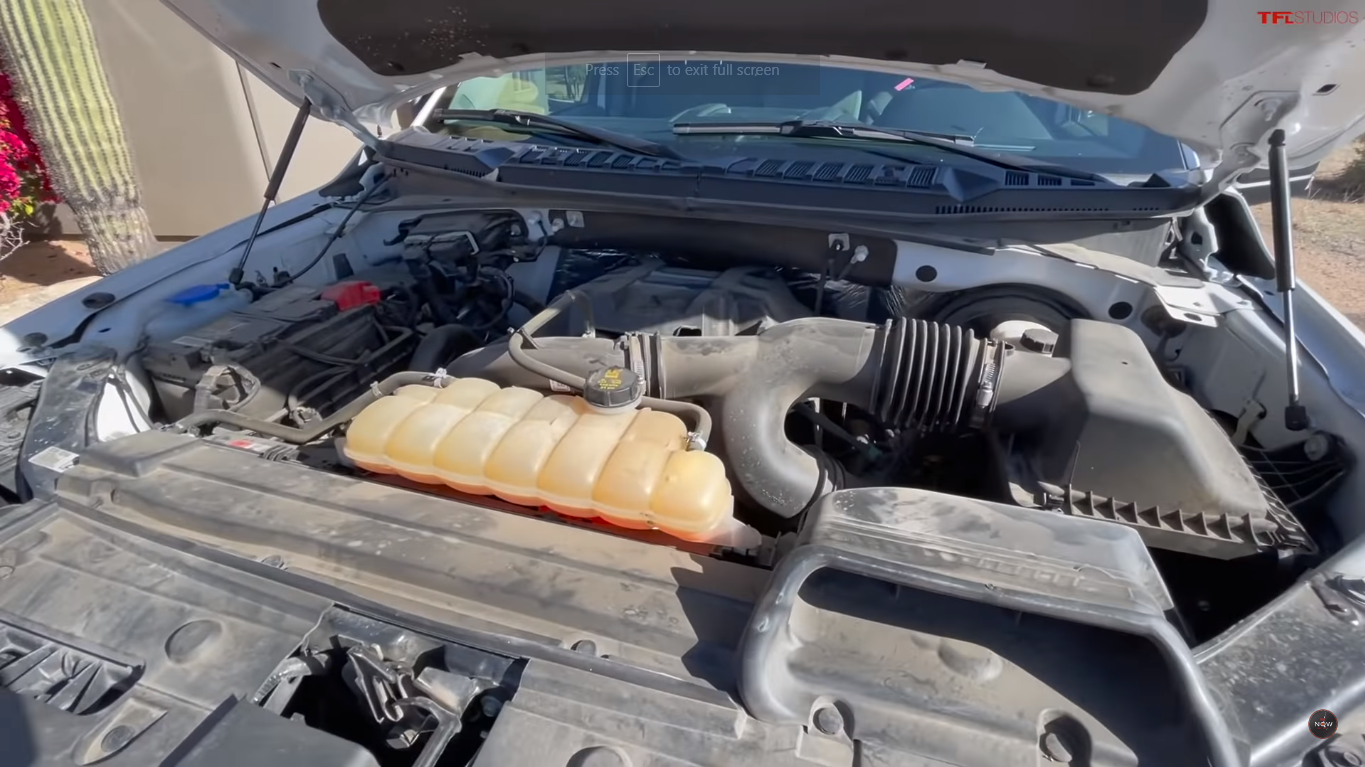 Is there a recall for EcoBoost engines?

Yes, there were recalls for certain EcoBoost engines due to high temperature and oil leak issues. The recalls affected the Ford models of 1.0 and 1.6 EcoBoost petrol engines, manufactured between October 2011- October 2013 (1.0 EcoBoost) and 2013 (1.6 EcoBoost).

These recalls were issued in March 2015 (1.0 EcoBoost) and January 2018 (1.6 EcoBoost), and Ford offered to replace the affected engine’s parts free of charge. Since then, there have been no further reports of problems with the EcoBoost engine.

How long will a 2.7 EcoBoost engine last?

The 2.7 EcoBoost engine is a reliable and durable engine that can last many miles. On average, a 2.7 EcoBoost engine lasts around 200k to 230k miles. However, many factors can affect the lifespan of an engine, such as driving habits, maintenance schedule, and type of vehicle.

From the discussion above, it’s clear that the 2.7 Ecoboost engine is not junk or questionable, but it does have some issues that need to be addressed.

The main problem is carbon expansion, which can damage engines. Another problem is the valve guide failure, which can cause the engine to lose power and performance.

While these problems are serious, they can be fixed with proper maintenance and care. With the right supervision, the 2.7 Ecoboost can be a reliable and robust engine that will provide many years of service. Thanks for reading!

If you own a Ford Explorer, you know that it’s a reliable SUV. But like any vehicle, it needs the occasional…

The Ford 4.2-liter engine is a popular option for those looking for power and performance. This engine has been used in…

When it comes to crate engines, Ford has a lot to offer. There are a wide variety of crate engines available…

In 1997, Ford first offered the 4.0-liter single overhead camshaft (SOHC) engine. And the reliability of the Ford 4.0 SOHC is…

Ford’s Key Fob is a small device that unlocks several features on your vehicle. It works via Bluetooth and can be…